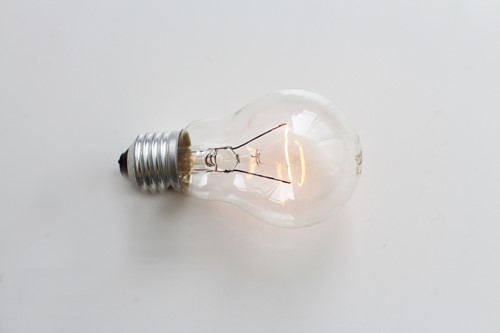 The UK Government has unveiled new plans today (21st September 2022) to help cut energy bills for businesses as they struggle with soaring prices.

The wholesale cost of gas and electricity will be slashed for companies under a scheme which will run for six months starting in October 2022.

What support is available? Through the new Energy Bill Relief Scheme, the UK Government will provide a discount on wholesale gas and electricity prices for all non-domestic customers.

This support will be equivalent to the Energy Price Guarantee (EPG) put in place for households.

It will apply to fixed contracts agreed on or after 1 April 2022, as well as to deemed, variable and flexible tariffs and contracts.

The UK Government has set a Supported Wholesale Price – expected to be £211 per MWh for electricity and £75 per MWh for gas, less than half the wholesale prices anticipated this winter – which is a discounted price per unit of gas and electricity.

This is equivalent to the wholesale element of the EPG for households and includes the removal of green levies paid by non-domestic customers who receive support under the scheme.

The level of price reduction for each firm will vary depending on their contract type and circumstances.

Non-domestic customers on existing fixed price contracts will be eligible for support provided the contract was agreed on or after 1 April 2022.

As long as the wholesale element of the price the customer is paying is above the Government Supported Price, their per unit energy costs will automatically be reduced by the relevant pence per kWh for the duration of the scheme.

Meanwhile, those on default, deemed or variable tariffs will receive a per-unit discount on energy costs, up to a maximum of the difference between the Supported Price and the average expected wholesale price over the period of the scheme.

The amount of this maximum discount is likely to be around £405 per MWh for electricity and £115 per MWh for gas but is subject to wholesale market developments, the UK Government said.

The reason the fixed unit price for energy applied to businesses is lower than that applied to households is that it is wholesale and the household’s price is retail.

It added it is working with suppliers to ensure all their customers in England, Scotland and Wales are able to switch to a fixed tariff for the duration of the scheme if they wish.

For businesses on flexible purchase contracts, which are typically some of the largest energy-using firms, the level of reduction offered will be calculated by suppliers according to the specifics of that company’s contract and will also be subject to the Maximum Discount.

A parallel scheme, based on the same criteria and offering comparable support, will be established in Northern Ireland.

Does this affect standing charges?

There is not any mention of a cap on rises to standing charges in the scheme, which are the other main element of energy bills. While households’ standing charges will be capped, this does not appear to be the case for businesses at this time and will be left up to energy suppliers to determine.

What if my firm uses alternative energy?

For firms not connected to either the gas or electricity grid, equivalent support will be provided for non-domestic consumers who use heating oil or alternative fuels instead of gas. Further detail on this will be announced shortly.

When does it start?

The scheme will apply to energy usage from 1 October 2022 to 31 March 2023, running for an initial six-month period for all non-domestic energy users.

The savings will be first seen in October bills, which are typically received in November.

The support stretches to all UK businesses, the voluntary sector like charities and the public sector such as schools and hospitals.

When does it end?

It is due to end in April 2023 but could be extended with the UK Government saying it will publish a review into the operation of the scheme in three months to inform decisions on future support after March 2023.

The review will focus in particular on identifying the most vulnerable non-domestic customers and how the UK Government will continue assisting them with energy costs.

How do firms apply?

As with the EPG for households, customers do not need to take action or apply to the scheme to access the support. Support will automatically be applied to bills.

Why Join the Chamber

Chamber membership can save you hundreds or more each year for just a few pence a day. Have a look at some of the benefits of being a chamber member.

I would highly recommend chamber membership to any Dunbartonshire business. The chamber works hard to make connections and generate profile for its members and SHBT have enjoyed a number of benefits over the years.

The chamber is here to support business in Dunbartonshire so if you need any help at all please do not hesitate to contact us.